In the 1984 film, The Karate Kid a bullied teenager named Daniel befriends an old karate master so he can defend himself against the bullies in his neighborhood. Daniel asks the karate master Mr. Miyagi to tell him the secret to karate. The answer he gives Daniel is one word, “Balance.” When it comes to the water in swimming pools and spas this statement also applies. Balance is the secret to keeping pools and spas looking great and functioning properly, along with preventing issues such as corrosion and scale. 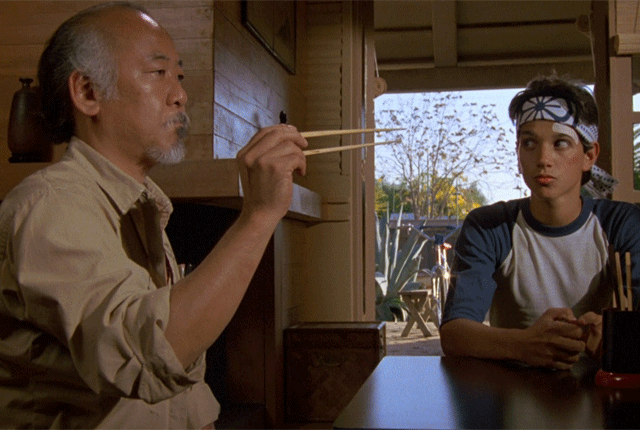 To start, it is important to understand that water in and of itself is a very reactive chemical and it always naturally seeks a balance. Water is called the Universal Solvent because it has the ability to react with and dissolve many substances. As it does it picks up and absorbs whatever it has been in contact with. When water comes from beneath the ground in areas like Phoenix, Arizona or Southern California, that groundwater has been in contact with limestone under-ground for perhaps hundreds of years. This water will have high amounts of calcium as it has dissolved and absorbed the rock. We call this water ‘hard water’ because it measures high in Total Calcium Hardness. This water has the potential to combine with carbon in pool water and create calcium carbonate scale. This scale can be damaging to equipment and surfaces of the pool.

The contrast to this hard water would be in areas like Seattle, Washington where it rains a lot and there is lots of surface water in lakes and streams. This water has very little mineral content because it is newer and has not been underground for too long. Thus, this water is termed ‘soft’ because it measures low in Total Calcium Hardness. When pools are filled with this water they must be treated with pool chemicals properly. If they are not dealt with then the soft water will seek minerals in order to be saturated. It will find the minerals it needs in the pool surface of plaster or aggregate and can literally dissolve the pool surface in order to gain balance.

In hard water areas, we manage the hardness of the water by using muriatic acid proactively to prevent scale issues from occurring. In soft water areas, calcium chloride is an increaser used in order to give the water some saturation to prevent damage to surfaces and equipment. The ideal calcium hardness levels for pools is 200 to 400 ppm.

It’s pretty simple, the water in your pool needs to be chemically balanced because depending on whether it is hard or soft it will always seek to be balanced on its own. It’s when water begins to react to gain a balance in pools that we can see corrosion or scale. Two other factors to water balance are Total Alkalinity and pH these will be addressed in more detail later. Remember the secret is balance!

Here’s to clear swimming until next time…